Here’s toasting the awardees for the year 2019… Shine on, Jewels of India!

It is no secret that education has the potential to write and rewrite the destiny of generations. This responsibility is shouldered by no one in particular and simultaneously by all working in the field of education. Amidst the thousands of educators, a few shine brighter and become a beacon of inspiration, a benchmark that other educators strive to equal. 'Jewels of India' is a humble initiative by ScooNews to honour such extraordinary educators.

A truly unique initiative, the awardees are not selected on the basis of nominations. In-depth, year-round research has focused on identifying educators who are making a far-reaching impact in the field of education and have the potential to inspire fellow educators to change the game.

In our eyes and through the eyes of respected names from the field of education, these are the educators who have chosen not only to set new standards but have also blazed a path for others.

ScooNews felicitated the work and tireless spirit of the Jewels of India for the year 2019 at the third edition of the ScooNews Global Educators Fest 2019 at Udaipur.

Here’s toasting the awardees for the year 2019… Shine on, Jewels of India! A committed and disciplined educationalist, Rama Datt is executive trustee, Maharaja Sawai Man Singh II Museum Trust, Jaigarh Public Charitable Trust, and Trustee, Shila Devi Temple Trust. She did her schooling and college in science stream in Dehradun. The inspiration came from her mother who was a strong and hardworking educationalist.

Datt has excelled in the field for more than 37 years and continues to make education easy, enjoyable and multidimensional at all levels. Her innovative policies have been accepted and appreciated by the entire nation. She has worked at Sawai Man Singh Vidyalaya, Jaipur from 1984 to 1996. She has held the position of founder principal of Mahaveer Public School, Jaipur from 1996 to 2003 successfully, where she introduced the lottery system. Datt has also steered Sanskar School, Jaipur from 2004 to 2017 and is an advisor to the same institution.

She is a member of the governing body of Maharaja Sawai Bhawani Singh School and The Palace School. Sticking true to her beliefs, she is also associated with Disha where she conducts teacher training programs. A worthy educator, resource-person and scholar, she has had various articles published in newspapers on parent-teacher relations, their role in the development of children, the concept of education and many such topics. Her emphasis on the student resource centre and teacher resource centre has brought a holistic change in the teaching process, especially in schools she has guided under her leadership.

Globally, Datt has been invited for exchange programmes to Germany, USA and UK for her outstanding contribution in the field of education while her work has been felicitated by various organisations. In 2002, she was honoured by the society of unaided private schools of Rajasthan along with Shri Radhakrishnan Samman by Avantika. Amidst the many awards that were bestowed upon her, she received Sawai Pratap Singh Award in 2005, Best Educationist Award in 2012, Certificate of Excellence by the International Institute of Management & Education and National Mahila Gold Medal by Indian Solidarity Council, to name a few.

Under her leadership, Sanskar School received an award for being one of the best schools in India; it also became the first Microsoft school.

Datt’s philosophy in life is to work on something that outlasts life itself.

ScooNews salutes the feisty spirit of Rama Datt, a jewel of India indeed! Bringing back the joy of childhood
Lina Ashar Lina Ashar is the founder of Kangaroo Kids & Billabong High. Lina started her career as a teacher and today is one of the most renowned educators and edupreneurs in India. Lina did her primary schooling from England before moving to Australia, where she acquired a Bachelor’s degree in Education from Victoria College, Melbourne.

In 1991, she came to India on a year-long sabbatical from college. While connecting with her roots, she ended up taking a teaching stint at a prestigious heritage school in suburban Mumbai, an experience that changed her life and led to the burning question “How can she bring back the joy of childhood for the children in India?”

Back then, the education system in India was still grappling with a straitjacketed approach to education. It was robbing children of their childhood.

The conviction to offer an education that set the child at the centre, began with a preschool in Bandra (Mumbai) in the year 1993 with 25 students. With a successful formula at hand, she went from one preschool (Kangaroo Kids) to a network of them, whilst branching out to high schools (Billabong High International School) as well. The journey of developing child-centric schools across 44+ different cities in India and across Dubai, Maldives and Qatar has been an outstanding one, supported by parents, education partners and a fierce team of dedicated, passionate and determined individuals at the school and central team level.

In her endeavour to make a difference in every child’s life, she wrote her first book called ‘Who Do You Think You Are Kidding’. The book dealt with parenting for children and is a complete guide for parents on how to build a positive child right from the start. Her second book ‘Drama Teen’, is a guide for both parents and teens.

The industry has recognised and awarded her efforts several times over for her unique and meaningful contributions to the sector, notable among them being the A.P.J Abdul Kalam Award for ‘Excellence in Education’ at the 46th National Summit on Start-Ups and Women Entrepreneurship and the Award for 'Exemplary Contribution in ECCE of the year working for young children and their education' by ECA Awards held at the Early Ed Asia Conference - Jaipur 2019. 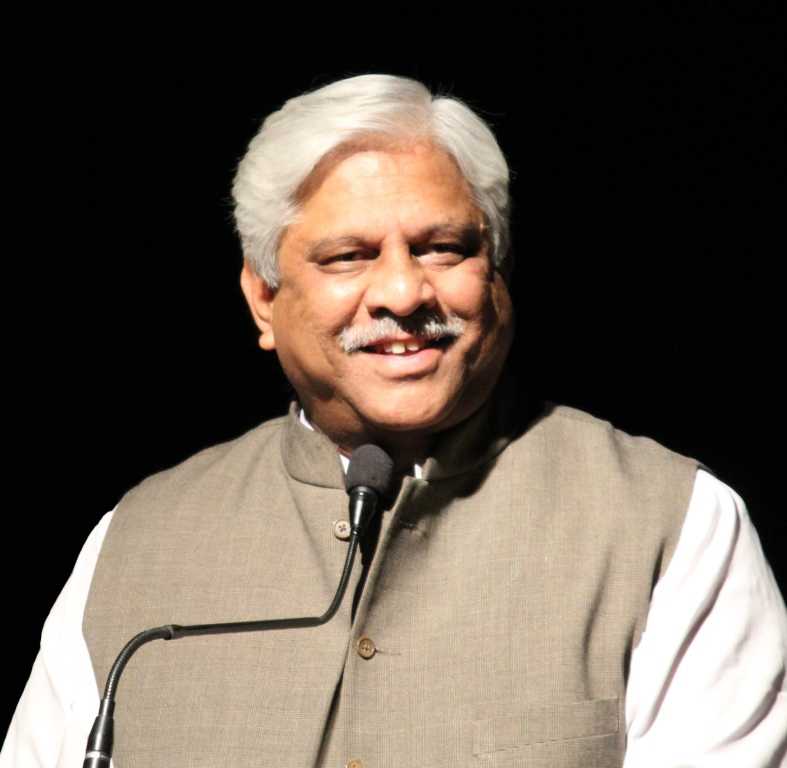 Known for his wit and honest thoughts on the changes required in the Indian education system, Lt Gen Surendra Kulkarni is an Old Boy of Mayo College. He joined in 1964 and completed his MSc in March 1970. He has served in the Army for nearly four decades. He was commissioned into the Armoured Corps in 1975. In his long and distinguished career, he has commanded the largest forces and held some of the most prestigious assignments. In recognition of his special contribution, he has been awarded a Vishisht Seva Medal twice, an Ati Vishishta Seva Medal and finally the highest peacetime distinguished service award in the Armed Forces, the Param Vishisht Seva Medal by the President of India.

Parallel to his Army career, he has pursued his academic interests. He is an Economics graduate from Fergusson College Pune. He was a post-graduate UGC Merit scholar before he joined the Army. He has four Master’s Degrees including an M Phil degree. He would be one of the few officers to have been sent abroad thrice on academic assignments. He has taught at the Armoured Corps Centre and School, Ahmadnagar, Institute of Armament Technology, Pune and the Defence Services Staff College, Wellington. In Mayo, he was in Colvin and Rajasthan Houses. He was a keen sportsman, who played cricket, tennis, squash, football, and hockey.

He was also a part of the FICCI Arise Indian delegation that went to attend the Learning Conference in London in January 2019. He has spoken at various panel discussions such as the Mad Conclave and ScooNews Global Educators Fest 2018, to name a few and has provided some key insights using years of his experience.

He is known for blending the traditional approaches with modern practices, fostering knowledge through innovation and engagement and equipping the students with the best work habits, character traits, and 21st-century skills. Under his leadership, Mayo College got recognised as a “Great Place to Study” based on Student Satisfaction Index and received the National School Excellence Award for outstanding commitment and exceptional efforts in promoting co-curricular education. They are India’s Best Boarding School branded by International Brand Consulting Corporation, USA. Some other awards include “Top 10 Boys Boarding School in India”, “Top 50 Schools in India” and “Most Trusted Brand in Education”, “Asia’s Best Private Education Institute”, India’s Most Respected School”, “Most Trusted Brand in Education” and “Green Schools Award”. 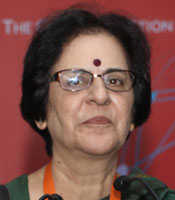 Prior to 2009, Prof Kaul was a Senior Education Specialist in the World Bank for about 10 years, wherein she led several World Bank projects in India Elementary Education and Early Childhood Education (ECE), including World bank’s support to Sarva Shiksha Abhiyan, ICDS, and District Primary Education Programme (DPEP). She was also involved in projects in other countries in the South Asian region viz, Maldives, Pakistan, Bangladesh, Sri Lanka, and Nepal. Preceding her tenure in the World Bank, Prof Kaul spent over 20 years at NCERT from 1975 to 1998, from where she took voluntary retirement as Professor and Head, Department of Preschool and Elementary Education. For two years she served as a headmistress of the IIT Nursery school, which was a collaborative initiative between NCERT and IIT, Delhi.  She has a number of publications to her credit.

In the Ambedkar University Delhi, she established the Centre for Early Childhood Education and Development (CECED), primarily as a centre for policy research and advocacy, which is the first of its kind at the university level in India, and which has now been recognised as a national resource institution in ECCE. She led the establishment of a Master’s programme in Early Childhood Care and Education, initially as a pilot, which has now been regularised and continues to draw a large number of students. She led a major longitudinal, mixed-method research titled India Early Childhood Education Impact Study (IECEI) in three states of India, the first of its kind. It provided valuable policy level insights and findings which have informed the recommendations of the Draft National Policy on Education (2019) which has duly acknowledged this source. Pramod Sharma brings with him the experience of a career in education spanning 46 years. He started with teaching chemistry in 1972 at the Doon School, Dehradun. He also taught in India School, Kabul, Afghanistan from 1976 to 1979, then Ijebu Ode Grammar School, Nigeria from 1981 to 1985. He has served as a Principal for over 29 years across various institutions, including the TN Academy, Gangtok, Yadavindra Public School, Patiala, Mayo College, Ajmer and Genesis Global School, Noida. During his 13-year tenure at Mayo College, Ajmer, it was ranked repeatedly amongst the best two residential schools in India.

He was awarded the National Award for Teachers in 2000 by the President of India. His decade-long tenure as a member of the Governing Body of the CBSE was much commended. He is the ex-Chairman of the Indian Public Schools Conference (IPSC) and the recipient of the Lifetime Achievement Award from IPSC in 2008. He is an Honorary Member of Round Square and IPSC.  As a Founder Principal, Director and now Vice-President of the Managing Committee of Genesis Global School, Noida, he feels very satisfied looking at the growth of GGS in such a short span of time. He has been Convenor INTACH, Ajmer and Pushkar, and Vice-Chairman of the Rajasthan Scouts and Guides. He is an honorary member of Round Square and IPSC. An avid sportsperson, he continues to enjoy tennis and badminton.

Most recently, he has been conferred with the Lifetime Achievement in Education Leadership Award 2018 by Education World. From Lucknow To Washington, Educators Are Setting Examples
Read More

Kerala SSLC, DHSE Exams to Start From 26 May
Read More

ScooNews celebrated the work and tireless spirit of the Jewels of India for the year 2019 at the...